Godzilla Vs kong: Adam Wingard’s newly released film “Godzilla vs Kong” has left many people with a lot of unanswered questions. Through this article, we will attempt to answer some of these questions.

For quite some time, this franchise has been generating buzz in the audience over who is the most strong of the two most important monsters, Godzilla and King Kong of MonsterVerse. In a nutshell, who do you think would win the battle between these two? So you’ll have to watch the Warner Bros. film “Godzilla vs Kong” to find out the answer to this question.

Godzilla Vs Kong: Who Wins?

Let’s see, according to the plot of the film, Who has won the war between these two. If we’re talking about First fight, Godzilla definitely won this battle over the warship. After that, King Kong defeated Godzilla in the city properly, but after being defeated and let go once, Godzilla picks up and defeats King Kong once more.

This is followed by the appearance of Mechagodzilla, who defeats Godzilla even more badly. King Kong then saves Godzilla’s life by rescuing him from Mechagodzilla with the aid of his axe, and then charges his axe with Godzilla atomic breath once more. After which he defeated Mechagodzilla.

So, based on the score, both are still running at the same level. It is not appropriate to declare anyone victorious at this time. I think, if seen, is right, in that you will now be able to see both of them in the forthcoming Monsterverse films. 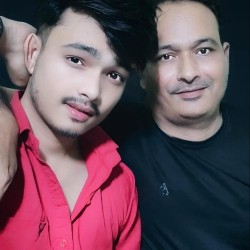